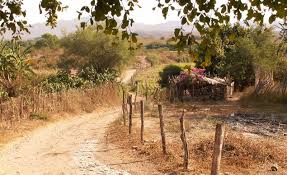 The orange combi cruised the hard-packed sand track, turning into one beachside compound after the next. Fernando hung out the window and asked anyone who would talk to him what the rate for car camping and meals would be. The locals eyed us—two buses with city slickers and gringos. They weren’t having anything to do with us. We scouted until the mid-point of the broad cove. A señora agreed to put us up for a modest price—something in the region of five dollars a day for all of us. We’d get the use of the outhouse, a water ration, and comida in the afternoon. Fernando signaled me to pay her.

“Why doesn’t he pay the woman?” Do you know what you’re in for?” Sam smirked at me, tedious man.

I opened my combi’s side door to get my purse and let Parsley out. Chickens and mongrels scattered in a cacophony of yips and squawks. Parsley ignored the dogs but chased after the nearest hen. I sprinted after her, zig zagging across the sandy yard until I grabbed her tail and she stopped. The yard cackled and crowed until the dust settled.

“This is not going to work out,” I said, panting, my dog secure on her leash.

Fernando thanked the woman; we revved up our buses and slowly moved on down the sandy road.

At the end of the cove, a family took us in. The dueña was a skinny, short woman with dark scraggly hair and a shiny navy blue dress topped by the ubiquitous plaid pinafore. She looked shifty to me, but she only wanted a couple of dollars a day for each combi, and she would give us food. The compound was a hovel. The fences were falling down and overgrown with beach tolerant shrubs and vines. The one-story house perched atop a concrete slab with two windowless sides supporting a large over-hanging corrugated tin roof, which gave the whole thing the look of a carport. Everywhere metal rusted and flaked, including an unidentifiable piece of machinery as well as an old pickup in the yard. The chickens lived in a small pen enclosed by rusted wire and a goat strolled through the compound nibbling weeds, rags, tin cans, and geraniums. I watched him wander into the house to be chased out by a couple of grubby kids. 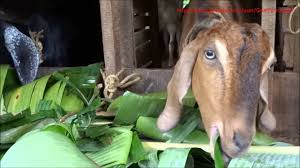 I paid for the night, thinking of Club Med in Huatulco and began to unload the table and chairs, the stove, and my dishes for dinner. We weren’t getting electricity in the deal.

Fernando and Gerardo busied themselves in the cabin of the orange combi, Parsley sniffed out her new territory, keeping out of the way of the goat, and Sam pouted in the shade once I’d gotten the canopy up. I handed him a beer.

The sound of the beer caps popping off brought out our hostess’s father, a cheerful, wizened coot in a straw cowboy hat who looked a bit like Emiliano Zapata. A sullen teenager appeared, and slouched just out of conversation range like a wannabe orbiting the fringes of the hipster high school group. He watched our every movement.

“I have a bad feeling about this,” Sam said.

The Mexican’s side door scraped open and my heart made a little somersault as Fernando stepped out and ambled over, Gerardo on his heels. I motioned my head for Fer to come to the door and whispered, “Sam doesn’t think we’re safe here.” I handed him a couple of iced Victorias from my cooler.

“I don’t either. Let’s invite the old man and the kid for a beer,” he said and raised one of the bottles to the old man and another to the boy with an inviting look. “Oye, viejo, joven. ¿Cerveza?”

He handed Sam and Gerardo theirs and offered the unoccupied camp chair to the grandfather. The old man shuffled over, accepted a beer, but squatted in the sand, and called for the boy. I turned up the tape deck—Linda Rondstadt’s Canciones de Mi Padre, Fernando took a quick turn to the salsa beat and grinned at me before squatting down with the old man; Gerardo helped himself to my chair and soon the four Mexicans were slapping their thighs and laughing. I trusted that Fernando was winning our hosts over with his charm and wit. The señora scowled from the shadows of her covered patio kitchen, her arms folded tightly across her scrawny bosom.

“Fernando agrees with you, Sam,” I said in English. “It’s too late to leave now, but we’ll get out of here tomorrow.”

“If we aren’t murdered in our sleep. Have you taken a good look at the woman?”

“I sure have. She’s totally pissed off that the old man and her kid are sitting here with us.” 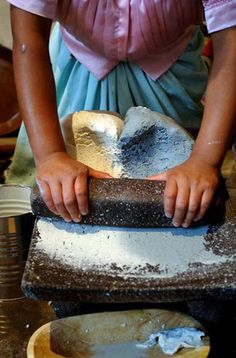 Sam craned around to watch the woman lighting a small fire of twigs. She placed a large round comal over it, propped on cinder blocks and dumped the cheap vegetable oil I’d seen street vendors using across the surface. She tossed several gleaming fish on, added the sweet green onions and left the food to cook while she scooped a handful of masa out of a blue napkin-covered bucket. She patted out fresh tortillas, cooking them around the edges of the comal then stacked them in a dingy tortilla towel to stay warm. When the fish was cooked, she piled it and the onions on a platter, added a bowl of red salsa and brought the meal out to us. 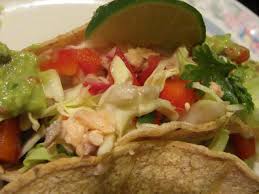 I dished up the fish and onions and the men helped themselves to tortillas and salsa. The grandfather chatted on, but declined to join us in the food. The kid slunk off when no one offered him a third beer. The food was exactly as I’d imagined, even if it did come from a sullen woman’s dirty kitchen, and I fell into fresh fish heaven as the sun, a huge orange ball, sank into the Pacific.

Finished eating, Fernando dropped his fork onto his plate and trotted over to thank the doña. I could see him helping her tidy up as I did likewise with the dinner dishes. Sam popped another beer and Gerardo staggered to his combi, and poured another copa, as the evening shadows reached into dusk and Linda Ronstadt crooned tu solo tu, eres causa de todo—you, only you, you’re the cause of everything. . . . 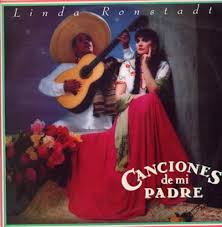