An aspirin, a cool shower, the plate of eggs scrambled with chorizo I made, and a pot of coffee soothed my hangover. The orange combi showed no signs of life. How could they sleep in that tin can in this heat? Fernando couldn’t have slipped out without Sam or me noticing, could he? I itched to see him. I kept my back toward our neighbors, but my ears were tuned in. I felt like a teenager sitting by the telephone waiting for some boy to call. Sam made it clear that he detested Puerto Escondido:

“Pot-smoking surfers turn me off.”

“I don’t give a damn about your classmates from the Instituto.”

“There’s nowhere I can eat.”

Paying attention to Sam’s inane and querulous conversation was torture.

“I want to go to Club Med, do some sightseeing, rent a sailboat,” he finally said in a petulant voice. 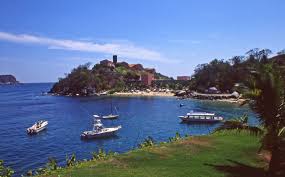 That wasn’t a bad idea; I loved to sail. Sam had sent me to sailing school in Richardson Bay before we bought a boat in the mid-eighties, and later I crewed for a friend until she deemed me expert enough to sail our boat by myself, but the problem with sailing alone was there wasn’t anyone to take the tiller when it was time to moon the elegant diners at the Spinnaker. And the problem with sailing with Sam at Club Med was—Sam.

“I had something else in mind,” I said. Fernando had said something about traveling to a place called Zipolite, notorious as being one of Mexico’s two nude beaches. “There was some talk of getting up a caravan to a cool beach farther south. Ever heard of Zipolite?” 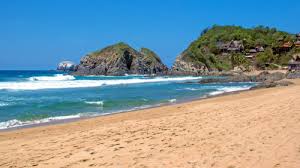 “Oh, you and the pot-smoking Mexican from the VW bus are planning to go?”

Was he reading my mind? “All of us, Sam. Maybe some others from the club too.” I talked too fast, mentally crossing my fingers against the lie.

“When did you plan on mentioning it?”

“Right now. I don’t know if it’s going to happen.”

“So what is it between you and that, what’s his name?”

“Fernando and Gerardo. We’re travel friends,” I said. Sam and I had traveled and he knew how, after a night of shots and laughs in some backwater bar in Baja, or Belize, or the Outback itself, the folks Sam and I meet become instant friends.

“Anyway,” I said crossing all my fingers, “they might be gay.” 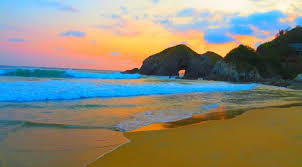