The moon, a shrouded crescent, slipped into the Pacific during breakfast. Fernando and I had dragged ourselves off the beach just before daybreak but the heat in my combi forced me up to join Sam and Gerardo at the coffee pot.

“What time did you come in?” Sam asked, eyes squeezed to narrow slits.

“One?” I took a gulp of Sam’s weak coffee. Tepid. “Why didn’t you drip this into the thermos?”

“Yeah? My clock said it was five.”

I flicked the coffee into the dirt. “I’ll make another pot. Move.” I pushed past Sam’s chair and began to rummage around for the coffee making supplies. We’d spent the night on the beach? Time had shifted from normal hours and minutes to something non-dimensional—a perpetual now, marked only by the rising sliver of moon who had projected her pale beam across the placid sea in transit to the eastern horizon. I tipped purified water from the garrafón into the kettle and set it onto a burner.

“Buenas días,” Fernando greeted us as he came around the bus. He yawned and rubbed at the scruffy looking stubble on his chin.

“Sí. The old guy went fishing. Give me a couple of pesos and I’ll get a fish for breakfast.”

“Sam, do you have a couple of pesos? Fernando will buy a fish,” I translated.

“Why should I buy your boyfriend’s breakfast?”

I could hear the slap-slap-slap-slap of hands patting balls of masa to flat corn pancakes, and fished into the cargo net hanging over the seats for a five thousand peso note, about forty-two cents. I handed it over to Fernando. “Get tortillas, too.” He could go charm the fishwife and close that “bad eye” that cast a withering stare in our direction.

After breakfast I donned my flower patterned maillot and we went down onto the beach.

Fernando  looked sexy in skimpy aqua and black zebra-stripped bikini trunks and Sam, dowdy in my canvas “outback” hat, wore a white undershirt and black leather tennis shoes, his legs, jutting from the stone-colored shorts, white as a cadaver. The men smiled at each other, Fernando like a cat about to spit and Sam in disgust.

The sense of non-dimensional time overcame me as we lounged in the sun near the spot where Fernando and I had stopped time the night before. The sand was thick near the cliffs marking the end of the beach. We conversed in a desultory Spanish. Fernando knew almost no English and how tired we were made it hard to do much beyond give each other goo-goo-eyes. Gerardo had stayed back at his vehicle to drink. Parsley, panting, left the hole she had been digging and stretched.

“You want to go for a walk girl?” Sam asked her.

“She probably wants water,” I said and poured a cup from my bottle. She lapped it greedily. My dog wasn’t much of a sun worshipper. “Let’s go down the beach and see what we can find. Doesn’t that look like a beach restaurant?” I pointed into the distance.

“Yeah. Maybe they have beer.”

“Where’s the lantern fuel?” Sam asked as the Coleman sputtered and faded.

“In the cabinet. Can you stick in Dr. Loco while you’re inside?” After eating, I was feeling frisky—maybe a little baila to “Muevetè” would be in order. Dr. Loco’s Rockin’ Jalepeño Band was made up of a bunch of university professors and students, some from Stanford, and often played in the Bay Area. I’d bought a cassette at a concert at College of Marin, one of my two tapes in Spanish. This would impress Fernando, I thought. 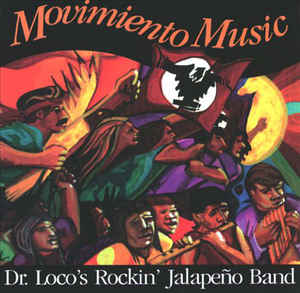 “Let’s listen to Simon and Garfunkle.”

“Trying to impress your new boyfriend?”

Oh, good lord, Sam had to go. Where was Fernando? It was completely dark and the roar of the waves breaking on the shore sounded closer and louder than before. The heat radiated out of the sandy ground in the cooling evening air and millions of stars pierced the navy blue sky. It would have been perfect, if only. . .  .

“Here’s to you Mrs. Robinson . . .” played. I glared at Sam, but it was hard to be angry with Simon and Garfunkle singing. He screwed a new canister of propane onto the lantern, set the Coleman onto the table, lit it with a soft pop, sat down, and tossed the empty to me.

“So we’ll get out of here in the morning and go to Huatulco. Club Med. Without the Mexicans,” he said. “Hand me my book, would ya. It’s on top of the cabinet.”

“Sure,” I answered. I tossed the spent canister into the garbage bag and handed him a dog-eared paperback. Fernando had just stepped over the low wall surrounding the “house” and my stomach did that little baila—butterflies dancing—as the Maná song went.

“Hey. What’s up with the old lady?” I asked him, gesturing toward the wing chair.

“Religious. She doesn’t approve of men and women traveling together. I said you and Sam are married and she relaxed.” He drummed his fingers in time to the “59th Street Bridge Song (Feelin Groovy)” and smiled. “Me gusta mucho Simon y Garfunkle.”

“Hey, good musical choice, Sam. Fernando likes them too,” I said in English, and then in Spanish, “So you think we’re safe?”

“Ask him if these bandits are going to rob us in the night,” Sam demanded.

“Okay? He said Okay?” Sam leaned around the hissing lantern to see me on the other side of the table.

“Sam, you’ve studied more Spanish than I have. You can understand him. We’re okay, and tomorrow, after checking this place out, we’ll leave.”

“What do you mean? We’re leaving first thing. As soon as it’s light.”

I rolled my eyes at Fernando, who could see me clearly. He jerked his head. “Come on, let’s go check out the beach,” he said.

“Fernando wants to know if we’d like to walk down to the beach.” Parsley perked up her ears at the word walk.

“And just leave our stuff alone? You go with your boyfriend, I’ll stay and watch camp,” he said, his words trailing off into the implied it’s what you want, poor me.

“Come, Sam. We’ll lock up. Everything will be fine,” I said crossing my fingers behind my back to mitigate my lie and stood up. Parsley woofed and bounded from under the table, snuffling and wagging into Fernando’s open hands. They’d already fallen in love, and I saw the shadow of recognition cross Sam’s eyes. He knew what was coming, perhaps before I did. If my dog loved him, I would too.

Sam got up and pushed past me into the bus “I’m going to bed. Take your key.” he almost spat the words at me.

“Si, vamanos a la playa, yes, let’s go to the beach,” I said and grabbed my chair.

He grinned and grabbed his.

“Night Sam,” I said as he slammed the camper’s door shut. 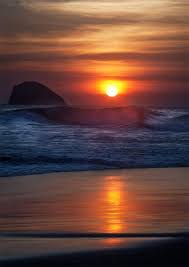 Fernando and I skirted around the silent hovel, guided by my flashlight. I flicked it off when we cleared the house and hit the deep sand shining under the brilliant sky. The waves breaking onto the shore rumbled peacefully, a lion purring in its slumber. The rich odor of un-groomed seashore tantalized my nose—it smelled like home or the home in Sausalito’s Waldo Point Harbor I’d given up to come on this crazy adventure.

I felt a little prick of hot tears at the corners of my eyes. For just a moment I missed my houseboat and my funky Schoonmaker Building office, my eclectic bunch of bookkeeping and tax clients, my family, and yes, even the almost ten years I’d shared with Sam—but that had ended when he signed up as a contractor with the DEA and left to chase drug shipments through Belize and the jungles of Guatemala. He left me behind and I’d learned to live just fine without him, thank you very much. And now I was on my own quest. But what was I looking for? 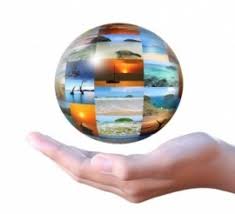 Whatever I was after, the ghostly white beach, the rich balmy air, the gentle roar of the surf, the luminescent foam cresting off the waves, and a hot guy slipping his hand into mine as we trudged to the tide line was lighting me on fire. I trudged into my future, giddy with anticipation. The Past wasn’t going to hold me back, no matter how nostalgic—I was on my way. 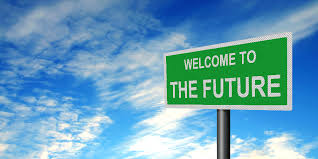 Parsley and I rambled through the sand with towels, lotion, water, book, hat—the acoutrement for a day of leisure by the sea. I found an unoccupied weather-beaten wooden chair under a thatched umbrella stationed in front of a funky beachside restaurant playing some good ol’ rock-n-roll.

On Sunday morning, both tourists and locals staked claims to the beachfront real estate sloping gently to the surf. Kids ran in and out of the water splashing and laughing; girls basted themselves with coconut oil and stretched out to roast in the sun;

Mothers, aunts and grandmothers sat in the shade of the palapas and fussed over picnics, children, and each other. A wiry, dark-skinned ten-year-old came up and asked what I would like to order and returned with my first Negra Modelo of the day.

Sam never showed up and I passed a relaxed beach day drinking beer, meeting people, eating fresh fried fish, swimming, and eavesdropping on the local gossip. In the afternoon, a band set-up and played reggae. A handsome kid asked me to dance. He was probably no more than twenty, but he was charming and claimed to have some “killer mota.” It wasn’t hard to convince me to hook up with him later that evening at a popular salsa club on the hill. Hannibal promised that I would get “muy prendida,” stoned, and he could teach me more Spanish. William joined me for the afternoon. He planned to checkout the club with me—after the World Series game ended. I bet myself that Sam would refuse to go. Where was Sam, anyway?

As the surf calmed and evening shadows lengthened, I packed up, paid my bar tab and Parsley and I trudged back to Las Palmas through the soft sand. Sam, it turned out, lay in bed, miserable with a debilitating case of turista and told me to go out and leave him alone.

¡Que suerte! I wouldn’t have to drag an anchor on the town that night.